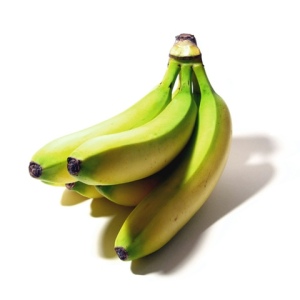 As every preacher knows, there isn’t a person alive who doesn’t like a good story. Being able to tell an anecdote or a personal experience is a great way to illustrate God’s truth in a way that everyone can understand. Of course, you’ll have the occasional speaker who will get so caught up in telling a story that he becomes lost in the wilderness of his own imagination. But any preacher worth his salt will do his best to avoid that mistake; he wants his stories to reveal truth, not hinder it.

Once again, Jesus isn’t just any preacher. We typically think that he tells parables so that people will understand truth. That’s not the reason that he gives, though.

We saw a “sandwich story” the last time we looked at Mark, and now we’re seeing one again. We find Jesus beside the sea again, and this time he hops in a boat right away so the crowds don’t crush him. Then he tells them a bunch of parables, which are short fictional stories that illustrate a truth about God and his kingdom. One parable in particular stands out: a farmer sows seed on four different kinds of soil—a footpath, rocky ground, a thorn patch, and rich soil. The seed only produces grain in the rich soil, but this soil is so good that it yields an absurd amount of grain. So all of that is the upper slice of bread in the “sandwich.”

Then comes the meat between the bread. Jesus’ followers approach him, asking him to explain why he’s teaching in parables, and he gives a rather surprising reason. “To you has been given the secret of the kingdom of God,” he says, “but for those outside everything is in parables.” In other words, Jesus knows something very important about the kingdom which God is going to set up, but he won’t tell it to just anyone. It’s only for his disciples to know. The reason Jesus speaks in parables isn’t to reveal the truth about the kingdom to “those outside”—it’s to hide the truth about the kingdom from them. Jesus’ disciples are the insiders, and he will explain the truth to them, but he won’t tell it to anyone else.

Why not? What reason could Jesus possibly have for keeping God’s kingdom a secret? He reaches back to the Old Testament and adapts a famous stanza from Isaiah 6:9–10. He is hiding this knowledge from outsiders so that “they may indeed see but not perceive, and may indeed hear but not understand, lest they should turn and be forgiven.”

Does that bother you? It bothers me. But I suppose I should ask a more important question: is this the Jesus you think you know? Does he have the right to say, “There is a certain group of people whom I will hide the truth from so that they won’t repent and be forgiven”? That’s the Jesus whom you and I are facing in this story. That’s what Jesus is like in real life.

So now we are left to ask, “Who are these ‘outsiders’? Why is Jesus holding back the truth that would cause them to repent?” So far in Mark’s gospel, we’ve seen Jesus reject the religious leaders because they have hardened their hearts against him. We’ve seen him reject his own family because they refuse to be with him and imitate him, which is what his disciples do. And now, he’s going to add new groups to the ever-expanding circle of “outsiders.”

The meat of Mark’s “sandwich” has given us the clue we need to understand what comes next. And what comes next (the lower slice of bread) is Jesus’ explanation of the parable of the four soils. Jesus says to his followers, “Do you not understand this parable? How then will you understand all the parables?” In other words, this is a special parable because it’s actually a parable about parables—a metaparable, if you will. The seed represents “the word”—Jesus’ good news about the coming kingdom, which he tells in the form of parables. The first soil, the hardened footpath, represents those who are hard-hearted, like the religious leaders. The word doesn’t get in at all but lies dead on the surface, where Satan plucks it away. These outsiders won’t even consider what Jesus has to say. The second soil, the rocky ground, represents those who respond to the word with joy, but have only a shallow commitment. When tough times come, these outsiders fall away, because deep down they don’t really get it. The third soil, the thorn patch, represents those who have other dreams and desires besides the kingdom. These outsiders are distracted by a love of money or possessions or entertainment or anything else the world can offer. All these desires choke out their supposed love for God because they don’t really understand Jesus’ message, either.

Finally, Jesus tells us about the good, rich soil. When the seed falls here, it produces  a ridiculous bumper crop. A hundredfold yield was unheard of in Jesus’ day; this soil is unbelievably rich. This soil represents the insiders, Jesus’ true disciples. You can tell them apart from the outsiders because they “bear fruit.” This is because they have been given “the secret of the kingdom of God.”

What we’ve just read is a sobering message with so many implications that you and I couldn’t possibly sort through them all in the space of a single blog post. We know now that many people in the church will look like insiders but are actually outsiders who don’t understand the gospel. We know now that it’s an enduring faith, not a flash-in-the-pan spiritual experience, that marks a true disciple. We know now that many professing Christians are under the judgment of God, who blinds idol worshipers who turn to something or someone other than God for ultimate security (see Psalm 115:8).

Above all, we see that Jesus’ message changes everyone, because Jesus is a polarizing figure. Some people he transforms into his disciples. Other people he hardens into his opponents. His message has already changed you. Are you an insider or an outsider?