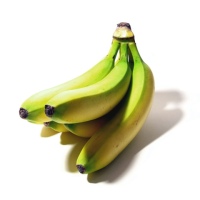 It is high noon, and an execution is taking place. The Middle Eastern sun has beaten down on three criminals being crucified by the Roman empire. But now, a mysterious gloom covers the land, and for three hours, Jesus suffers alone in the darkness.

“Eloi! Eloi! lema sabachthani?” Jesus’ words have burned themselves into Mark’s heart, and he records them in the original Aramaic. For our benefit, he translates them: “My God! my God! why have you forsaken me?” It is three o’clock in the afternoon, and Jesus has been nailed to a cross for six hours. Normally, the victims of crucifixion last much longer than this. But Jesus is about to die, and he knows that God has chosen not to save him.

His body is dying from the physical abuse it has suffered, but his spirit is being killed far more quickly because he knows his Father is crushing him (Isaiah 53:10). His ravaged mind grasps for the words to describe his agony, and finds them in the Psalms. His ancestor David had cried to the Lord:

As the day has worn on, and an unearthly night has settled on the land, Jesus cries out to his Father but finds no rest. His own people have betrayed him into the hands of their Gentile overlords, who have crucified him. His closest friends have abandoned him, denied him, betrayed him. Priests and criminals have reviled him. And now Jesus knows that God himself has forsaken his Servant. He is alone.

His cry is so mangled that a bystander mistakes the tortured Eloi for Elijah. He remembers a Jewish tradition that the prophet Elijah is available to rescue righteous people in need. Seeing that Jesus is dying rapidly, the bystander offers him a sponge soaked in sour wine to keep him alive a little longer. “Wait, let us see whether Elijah will come to take him down,” this person says. Perhaps God will show his love and favour by sending Elijah to rescue this suffering man.

And finally, Mark records, “Jesus uttered a loud cry and breathed his last.” His strength doesn’t ebb away; he doesn’t slowly lapse into unconsciousness. Unlike any other crucified man, Jesus dies with a loud scream of agony. He is not defeated by Rome; he dies with strength remaining in his broken body.

On the Temple Mount, one of the great curtains of the temple is torn in two, from top to bottom, by a supernatural hand. This curtain has barred God’s people from accessing his throne room, the holy inner rooms of the temple. Now, the way is opened through the death of Jesus.

At Golgotha, a Roman centurion stands facing the dead body of Jesus. He has stood guard over many crucifixions, but he has never seen anything like this one. He sees that Jesus has died like no other man, and in fear he says, “Truly this man was the Son of God.”

Jesus is dead. His enemies have gotten rid of him at last. He has been despised and rejected by everyone around him, and forsaken by God himself. But now, for the first time, a human being has declared that Jesus is the Son of God.

Jesus has been forsaken by God, but this doesn’t mean that he is a worthless failure. On the contrary, his willingness to do his Father’s will and “give his life as a ransom for many” proves that he truly is the greatest man in all of history—and not just a man, but the divine Son of God.